At the invitation of Plovdiv city hall and with the assistance of FIJET Bulgaria, ten journalists from leading European media, FIJET members, visited Plovdiv. They were guests of a modern city with amazing history and preserved outstanding cultural and historical monuments. Every journey to Plovdiv is a journey through time. 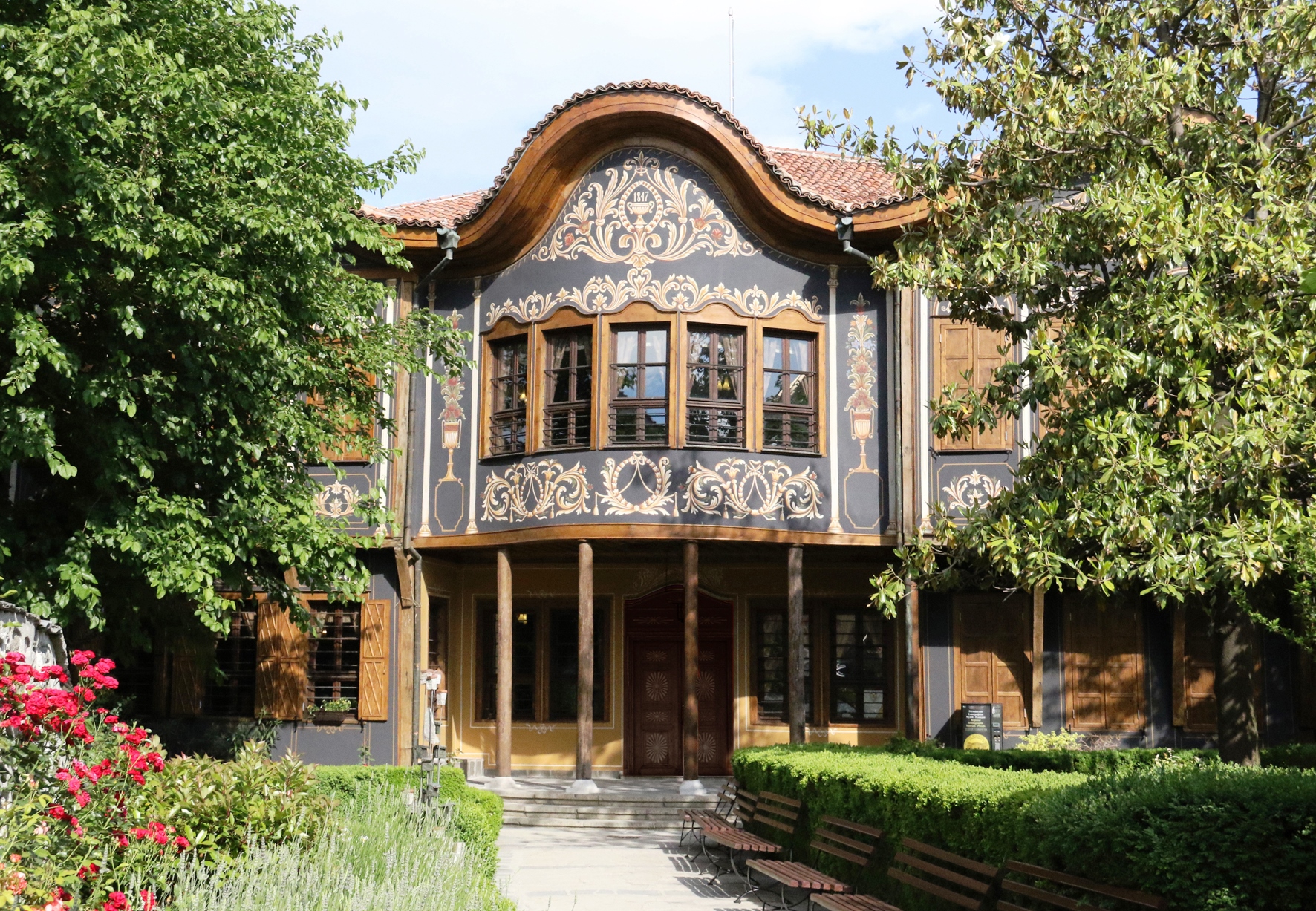 Plovdiv is an ancient city built around 7 hills, in southern Bulgaria. The Regional Archaeological Museum chronicles the city’s history, with exhibits including mosaic panels, clay lamps and early coins. The Roman-era Ancient Theatre of Philippopolis, which once seated around 6,000, now hosts opera and concerts. A 3D movie at the Emperor Hadrian–era Ancient Stadium re-creates Plovdiv in the 2nd century A.D. 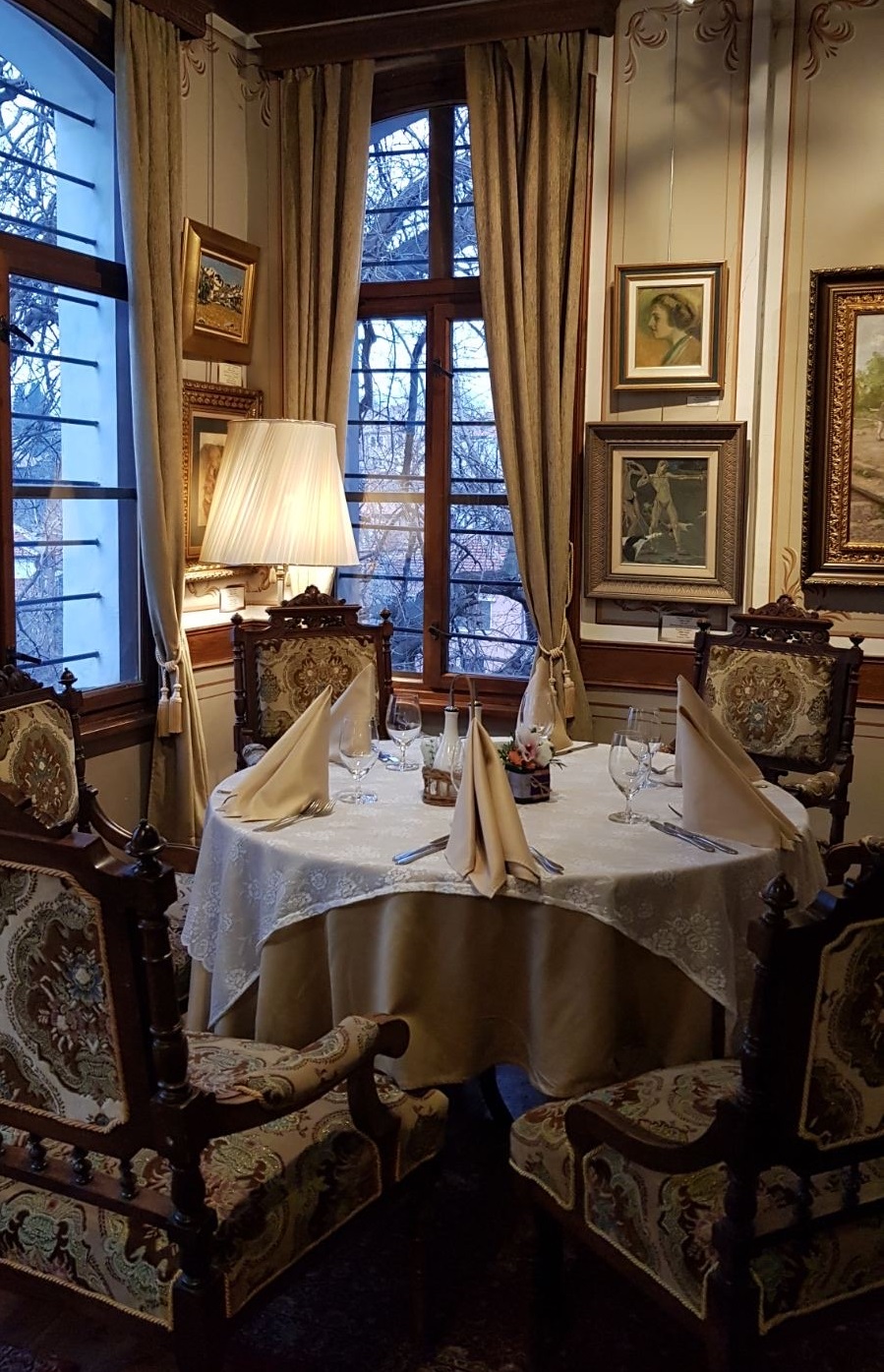 This year the Europe’s oldest continuously inhabited city was ranked Number One according to tourists from over 182 countries in three categories in the race for the European Best Destination 2022 title out of 19 magnificent destinations in Europe. 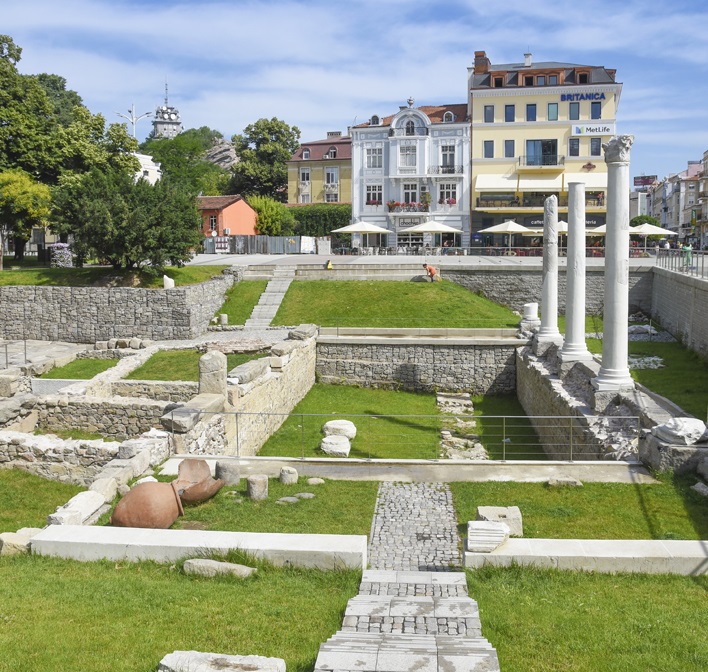 BEST ROMANTIC DESTINATION: because beneath the hills it is full of fascinating places that bring soul mates even closer to each other.

BEST WINE DESTINATION: because the wind keeps whispering to us the secrets of this divine drink discovered by the ancient Thracians and we continue to build on them.

BEST CULTURAL DESTINATION: because Plovdiv has been the crossroad of various people, languages, and traditions for countless centuries until today.

The first meeting of journalists was with The Bishop’s Basilica of ancient Philippopolis – one of the largest and most significant archaeological sites and cultural-historical monuments on a European scale, built in the middle of the 4th century. The basilica has three naves, with an apse to the east and a shaped narthex and atrium to the west. It is extremely large in size – the length is 83 m, and the width – 36 m, which makes it the largest early Christian temple from the IV-VI century on the territory of Bulgaria and one of the largest in the Balkans. It has a rich interior architectural layout and mosaic floors. The three naves of the basilica, the narthex, and the porticoes of the atrium are covered with floor mosaics with a total area of over 2,000 sq.m. The mosaics present complex geometric compositions with included figural images of vases, flower baskets, plants, and birds.

Visitors move along specially built walkways with glass floors. Virtual reality glasses show how the building looked centuries ago, and in small halls, films about the millennial history of Plovdiv was projected. 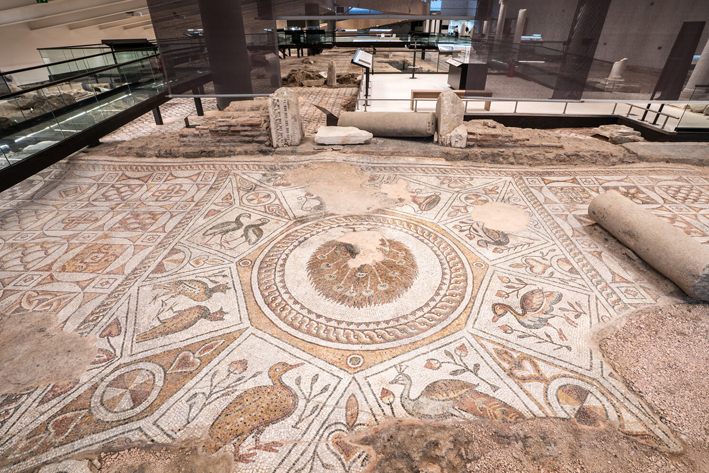 Next media stop was The Roman Stadium of Philippopolis. It was built at the beginning of the 2nd century AD during the reign of Emperor Hadrian. The horseshoe-shaped facility, approximately 240 m long and 50 m wide, had a capacity of around 30,000 spectators, which speaks to the size of the city at the time. In the past, the Pythian Games, similar to those in Greece, were occasionally organized in the stadium. The games were organized by the General Assembly of the province of Thrace. In their honor, the mint of Philippopolis minted special coins with the face of the reigning emperor and with images of sports competitions held in the stadium. The main sports disciplines were discus and javelin throwing, running, jumping, wrestling, and shooting. The sport competitions were accompanied by musical, poetic, and artistic competitions. 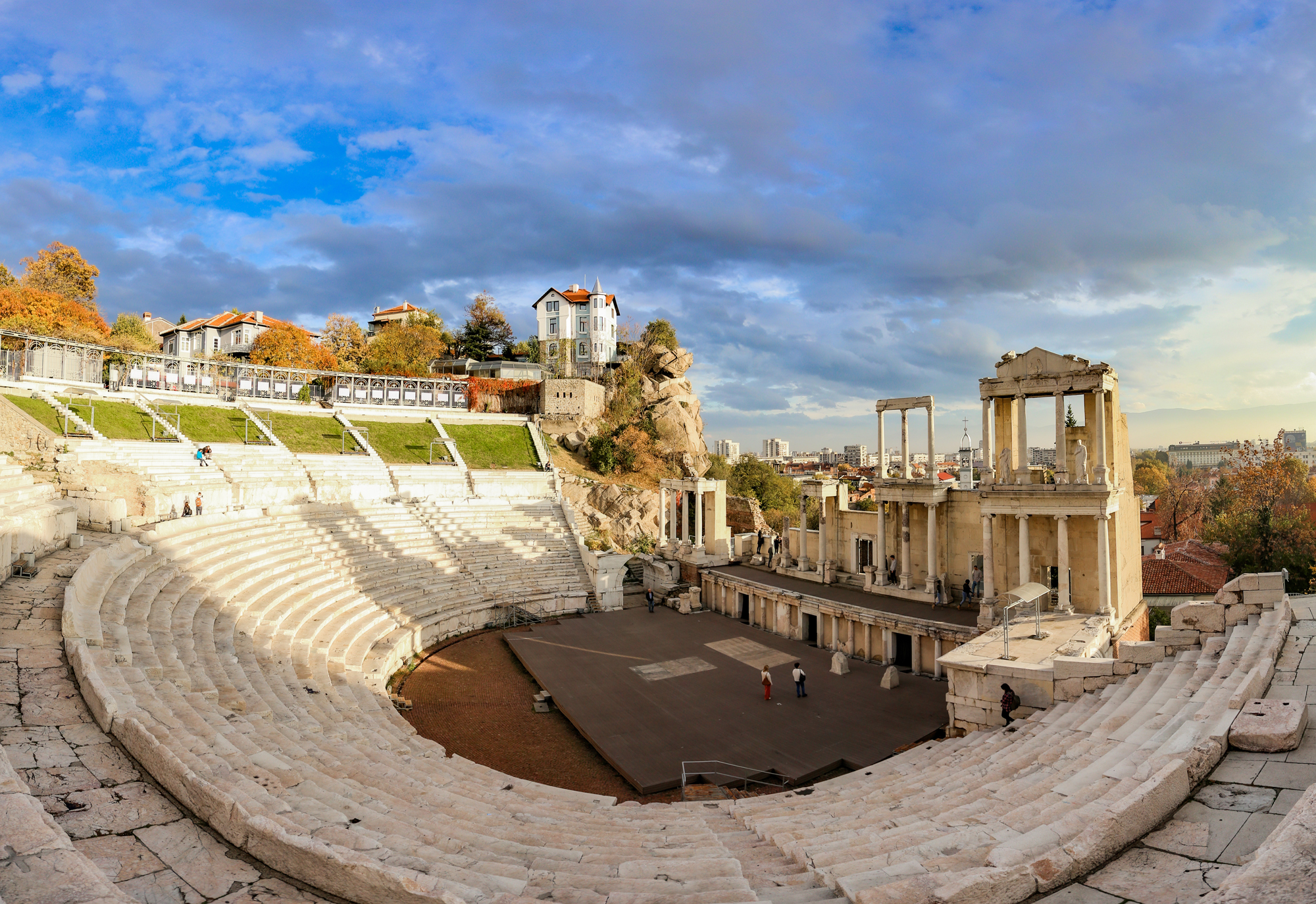 The central entrance to the stadium is formed by masonry pillars-pylons lined with marble pilasters with plastic decoration. On the pilasters, busts of Hermes (herms) are depicted with prize vases with palm branches placed above them, and next to them are the attributes of Heracles – a lion’s skin, a mace, and a quiver of arrows.

The Forum of Philippopolis is one of the newest jewels in the rich treasury of Plovdiv! The forum complex is the largest ancient city square discovered on the territory of Bulgaria. It was built in the 1st century AD and functioned until the 5th century AD. The Forum (Agora) of Philippopolis was the commercial, administrative and religious center of the ancient city.

Walks in history were pleasantly interrupted by visits to the art galleries, as well as to restaurants, which are an integral part of the Old Town. The unique combination of millennial culture, the Old and the modern city are part of the reason Plovdiv to be the European Capital of Culture 2019. It is also the winner of the prestigious international journalism award – Golden Apple, the equivalent of an Oscar in tourism. 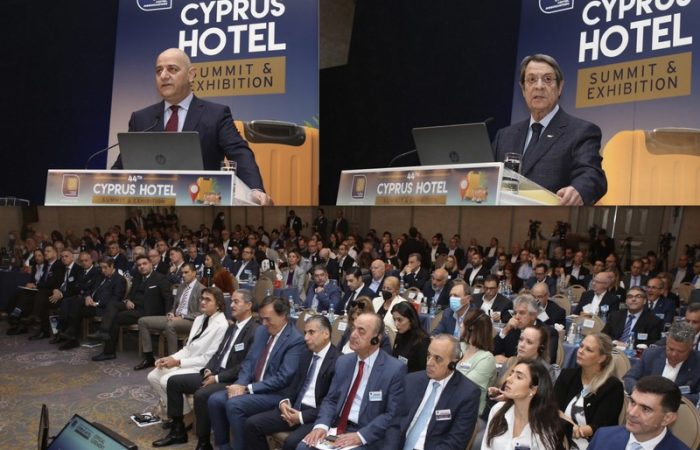 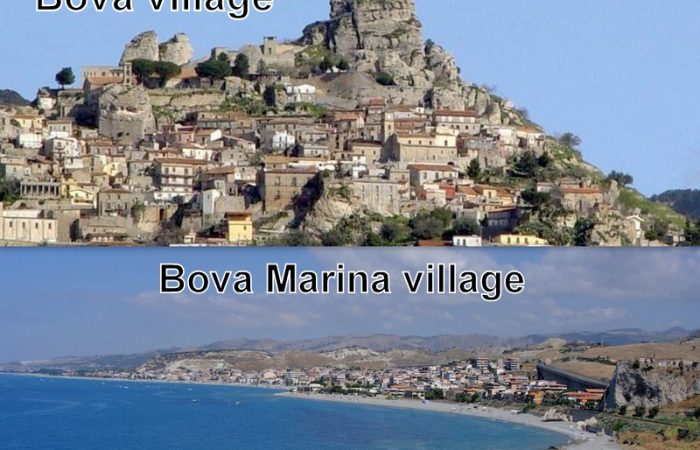 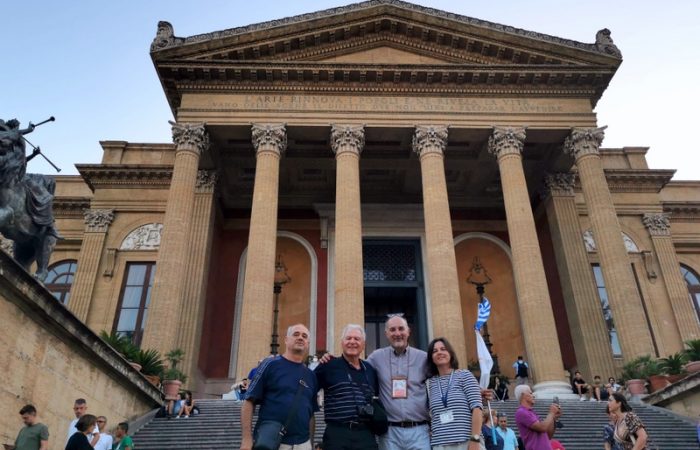 Travelling
We use cookies to ensure that we give you the best experience on our website. If you continue to use this site we will assume that you are happy with it.OkPrivacy policy